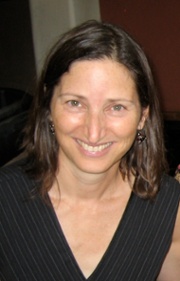 Early in her career, she worked in the arts and in environmental philanthropy in Los Angeles. Pamela moved to Santa Fe to marry the man who is now her husband and began learning a healing form called Sat Nam Rasayan (SNR). SNR is a meditative technique described as a traditional healing based on self-consciousness alone. This healing tradition is a ‘familiar’ to Craniosacral Therapy, but comes from the lineage of Kundalini yoga.

“I thought that my interest in SNR was to improve my meditation skills, but I discovered a love of healing,” Pamela says.

On a trip back to LA, Pamela told her acupuncturists that she wished she could do what they do. They encouraged her, and that was all it took—she was in school for her master’s degree in Chinese medicine a few weeks later. “The art of Chinese medicine still speaks to my core, as its subtle power and poetry continue to amaze, delight, and humble me,” she says. 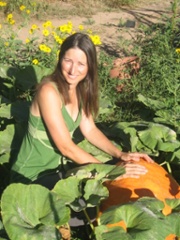 Pamela describes her path to AOMA as “intuitive and visceral.” After she completed her master’s degree program in New Mexico, she enrolled in two year-long continuing education programs. However, something wasn’t right about the decision.

“The plumbing started leaking in my office and home, and I could feel a weird tremor in my body, like I was jittery or resisting the force of a fast off-camber turn on my bicycle,” she says. “As soon as I accepted that I was headed in the wrong direction and withdrew from the classes, the tremor vanished and the leaks stopped. I was disappointed, but took heart in knowing that a strong current was moving me forward, albeit in an unknown direction.” 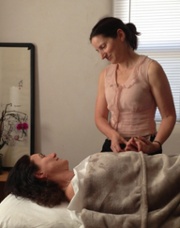 A couple of months later, Pamela started studying pulse diagnosis with Dr. William Morris. When she asked him about AOMA’s new doctoral program, he said, “The first cohort starts on Wednesday. What do you want to know?” and she felt that moment of recognition, an inexorable pull of destiny, that the path of her life would now shift in an unexpected yet welcome way. She expects to graduate from AOMA’s doctoral program in 2015. Her initial research topic – How Chinese Medicine Can Intervene in Multigenerational Trauma – is changing her practice.

“I feel lucky to be at AOMA at this point in my career because it’s re-shaping me and my practice in the most unexpected ways. My query has led me to the field of Oriental Reproductive Medicine. Philosophically and practically I’m exploring the role that creativity plays in a vibrant life. I’m studying for the ABORM certification, connecting with Santa Fe birthing centers, and treating pregnant women. I love my work more than ever.” Pamela says. “And I love AOMA. It’s a strong institution with excellent resources: a ‘deep bench’ of teachers and fellow doctoral students, a stellar herbal pharmacy, and great leadership. Dr. Morris and Dr. Finnell have developed a DAOM program that has the potential to help move integrative medicine and medical inquiry forward with integrity, and I’m glad to be part of it.” 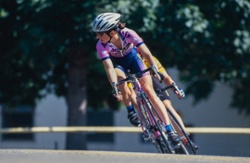 Outside of AOMA, Pamela has a new practice at her own clinic, Full Well Acupuncture, which she spends a considerable amount of time cultivating. She’s not only a former competitive cyclist, Kundalini yoga teacher, and Qigong practitioner – she’s also an artist who especially loves visual arts, theatre/performance, architecture and design. Her husband is an actor and director who runs a theater company in Santa Fe, so Pam calls herself a “theater wife/widow.”

“We try to keep up with our old adobe house and resuscitate our land,” she says. “Now that I’m attending school in the land of music and everyone in Austin plays at least one instrument, I’m trying learning to play a recorder. I’m kind of terrible but having fun, and I’m getting ready to order a Chinese flute called the bawu.”

One of Pamela’s proudest achievements since she started studying Chinese medicine is making a believer out of her husband.

“He hates receiving acupuncture but insisted that I treat his last good knee after he tore his meniscus,” Pamela says. “He feels that the treatments helped heal his knee and prevented imminent surgery, and I’m thrilled to report that he is finally able to relax when he has acupuncture.”

Pamela is also very pleased to have helped a woman with a high-risk pregnancy go full term and have a healthy baby. She also enjoyed helping people avoid joint replacement surgeries and lumbar fusions, arrest the development of macular degeneration and begin a reversal process, heal or manage a new life with traumatic brain injuries, and feel some peace in transforming old emotional pain.

That’s not to say there haven’t been some challenges along her path.

Pamela and her mentor thought that they would go into practice after she graduated from her master’s degree program, but after visiting China, Pam felt moved to practice differently and knew that their paths would diverge. Telling him was painful for both of them, but – “acquiescing to truth is liberating,” she says. “I had to trust my instincts.”

Pamela loves the poetry and metaphor inherent in the theory of Chinese medicine and the way that the medicine seems to reveal more and more according to the depth of the practitioner. She is also deeply appreciative of “the focus on continual cultivation of the human spirit of the practitioner and the patient; and its simultaneous complexity and simplicity.”

“Years ago I vowed to live my life out of love and not fear,” Pamela says. ”I love this medicine. Thank you to everyone at AOMA for moving so dynamically and with such kindness to join my river with yours.”

Her advice to other students?

“Enjoy the journey. Trust the medicine. Trust yourself.”